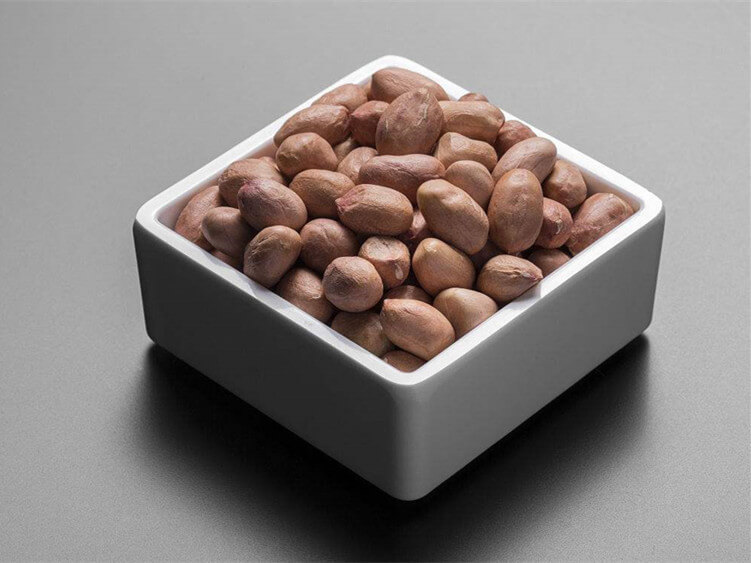 Peanuts are one of America’s favorite and most versatile snack foods, capable of being eaten whole, layered in a candy bar or mashed into a peanut butter spread. In their eyes, peanuts are a nutritious, high protein food that is ready to eat with little preparation or can be eaten raw. They can be easily processed by roasting and can be ground into many food products. Most U.S. peanuts are used for food, chiefly peanut butter, while most foreign countries use peanuts mainly for oil. U.S. peanut production and consumption of food nearly doubled over the last 30 years. In 2012, peanut and peanut butter consumption account for nearly 67 percent of nut consumption, followed by almonds at 13%, other tree nuts at 12 %. Furthermore, in recent years the US peanut consumption continues to rise by which the peanuts processing industries are getting a lot of encouragement from shelling, roasting to the marketing. Peanuts have been marketed as a cheap source of protein compared to cheese and red meat and as a good source of essential vitamins and minerals. With decreasing prices and increasing production of peanuts, U.S. demand for peanuts has remained strong over the last decade, therefore the relative peanuts industries are expected to grow well in future years.

The peanut, while grown in tropical and subtropical regions throughout the world, is native to the Western Hemisphere. It probably originated in South America and spread throughout the New World as Spanish explorers discovered the peanut’s versatility. Nowadays, The United States is the leading peanut exporter with average annual exports of between 200,000 and 250,000 metric tons and the third-largest producer after China and India with 10 percent of world peanut production. 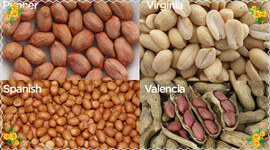 Peanuts are grown commercially in 15 states: Georgia, Texas, Alabama, North Carolina, Florida, Virginia, Oklahoma, New Mexico, South Carolina, Louisiana, Arizona, Arkansas, Mississippi, California, and Tennessee. Georgia grows the major proportion of all peanuts about 40% followed by Texas approximately 24%. There are around 25,000 peanuts farmers in the major producing regions.
The U.S. peanut falls into four types and each of these peanuts is distinctive sizes and flavor. Runners are used primarily to make peanut butter. Virginia peanuts which are grown for use as roasted-in-shell snacks, Spanish peanuts are used in sweets and candies and Valencias which are a top of the range variant of Virginia used as roasted peanuts.

As mentioned above, peanut and its by-products play a very important role in American’s daily food varying from snacks to the necessary foods. Peanuts are also one of the most valuable cash crop grown in the United States with a farm value of over one billion U.S. Dollars. As to industries, different from other countries where the end product are usually peanut oil, cake, and meal, the prime market for the U.S. is in domestic edible products. Per year about 15% of U.S. production is normally crushed for oil. Peanuts, peanut butter, and peanut candy are some of the most popular products in the United States. Besides, many value-added products have been cultivated and developed including bakery, confectionery and so on.
The processing of peanut products are mainly divided into the following four types:

Roasted peanuts can be processed into different flavors such as honey, smoked, sweet, hot, spicy and salty by coating with different materials before or after the processing. Peanuts are consumed as snack nuts in a variety of ways: roasted in-shell, roasted kernels, or in mixed nuts. It’s also used in cooking or baking. During the roasting process, two main machines we will use. One is peanut peeling machine, the other is peanut roasting machine which we can get from the market. 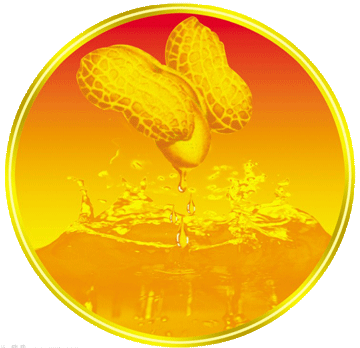 Peanut oil is considered a premium, high quality cooking oil in the U.S., is able to withstand higher cooking temperature than many other oils and does not -retain the flavor of foods cooked in it. Surely, Peanut has a high smoke point, about 440°F. It can be clarified and reused many times for frying foods.
Peanut oil is extracted from shelled and usually roasted peanuts by one or a combination of the following methods: hydraulic pressing or screw oil expeller pressing.

Peanut flour is widely used in confectionery products, seasoning blends, bakery mixes, frostings, fillings, cereal bars and nutritional bars. Made from raw peanuts which have been cleaned, blanched and electronically sorted to select the highest quality peanuts, the nuts are then roasted and naturally processed to obtain a lower fat peanut flour with a strong roasted peanut flavor.
The peanut needs to be peeled and roasted before making powder. Then by peanut powder grinding machine, the one-time process can get the no-greasy final powder with high quality. Besides the thickness is adjustable as required and are suitable for grinding other nuts including sesame, almond, etc. 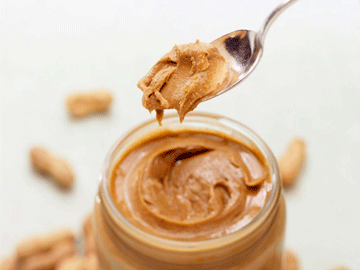 Each year, American consumers eat more than 6 pounds or 2.7 kilograms (kernel basis) of peanut products, worth more than $2 billion at the retail level and account for approximately half of the U.S. edible use of peanuts. Peanut butter is high in plant protein, contains no cholesterol, and has many important vitamins and minerals, including niacin, vitamin E and other antioxidants, and natural folic acid which is used in a variety of industrial food recipes and is available from the process.
The peanut butter making process is not difficult to operate, and you can get it even at home. Usually, before grinding into a creamy consistency, peanuts are roasted, blanched and sorted. The peanut butter maker is designed to make peanut butter, sesame paste, etc with various tastes. Besides, the grinding machine can be used to grind peanut milk, protein milk, soy milk, fruit sauce, moon cake stuffing, fruit jam, etc. High yield, high efficiency, and small size make the peanut butter machine extremely popular both for home and commercial use.