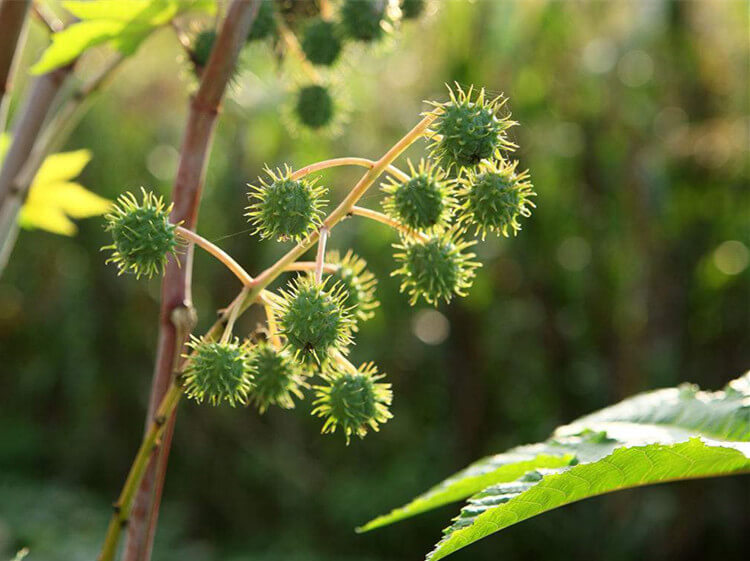 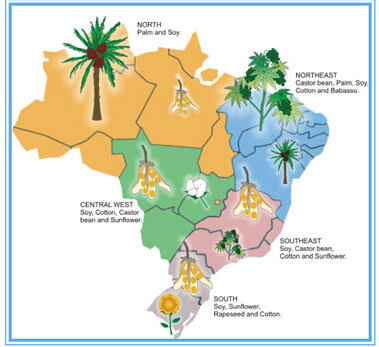 Castor is a member of the Euphorbiaceae family that is found across all the tropical and semi-tropical regions of the world with the major producing countries India, China and Brazil accounting for around 80 to 90 percent of the world total production volume. Although international trade of the castor oil and its derivatives are at a very nascent stage in the global market, it has been used in a wide number of industries and applications including paper, plastic, cosmetics, pharmaceuticals,textile, lubricants, paints and etc. because of its unique chemical structure and high economic value. Therefore the development of castor oil production business gets more support in a lot of countries. In the past few years, strong industrial demand for the castor oil from Brazil and global market greatly exceed the production and supply.
Presently, castor is cultivated on approximately 100,000 hectares (approximately 250,000 acres) in Brazil, an area that can substantially increase with the introduction of advanced varieties and new-modern cultivation practices. In 2014, the Brazilian Agricultural Research Corporation (Embrapa), and Evogene Ltd. announced the signing of a joint research agreement between Embrapa and Evofuel Ltd., Evogene’s wholly-owned subsidiary, for the advancement of castor cultivation in Brazil. The cooperation will primarily focus on technologies for controlling castor-specific diseases as well as practices for castor cultivation in rotation with soybean. Castor is a high-value crop plantation in Brazil.

Commercialization of castor oil and its derivatives are at a very nascent stage in the global market. Global castor oil & derivatives market demand was 653.0 kilotons in 2012, and the demand is still highly increasing this year which will bring Brazil continuous incentive for the development of the castor oil industry. The oil extracted from the castor bean (Ricinus Communis) already has a growing international market, assured by more than 700 uses, ranging from medicines and cosmetics to substituting petroleum in the manufacturing of Biodiesel, plastics, and lubricants.
For industrial applications, Brazil castor oil can compete with most typical temperature climate edible oils, such as soy oil, canola oil, cottonseed oil and to a lesser extent with tropical oils, such as coconut and palm oil. 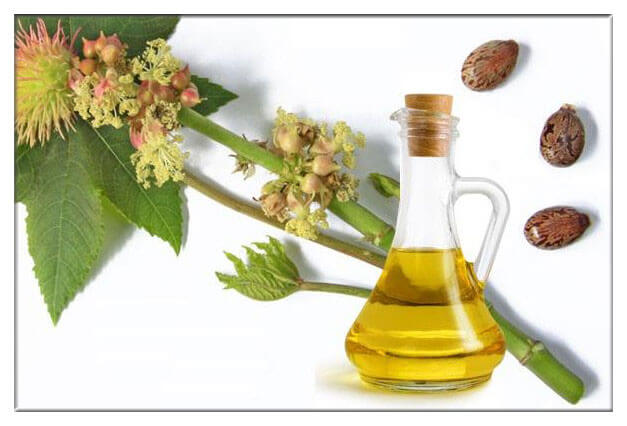 Sebacic acid was the largest consumed castor oil derivatives in 2013 and accounted for over 40% of the overall market consumption. Widespread application base of a sebacic acid is expected to remain a key driving factor for this segment. Castor wax is expected to witness the highest growth from 2014 to 2020, owing to its gaining acceptance in cosmetics, lubrication, coatings and greases applications. Dehydrated castor oil and other derivatives are expected to witness steady growth over the next six years.
Cosmetics and pharmaceuticals are also the big application segment and accounted for just over one-fourth of total market volume in 2013. The growth of the personal care industry coupled with increasing health-care infrastructure particularly in emerging markets of the Asia Pacific and South America is expected to remain a key driving factor for this segment. The surface coating is expected to witness maximum growth over the forecast period. Growing R&D investment to broaden the application base for castor oil & derivatives is expected to fuel their demand over the forecast period. The surge in demand for biodiesel is also expected to have a positive impact on the global castor oil & derivatives market.
Castor oil is one of the potential feedstock for biodiesel production. Growing demand for biodiesel in various countries such as Germany, France, U.S., Canada and many others are expected to increase their need for the castor oil. 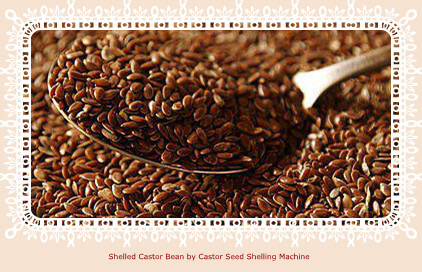 Different from the shelling process of the sunflower seed and the groundnuts, it’s more complex and difficult to shell the castor seeds due to their small size and compact castor beans. In view of the fact that castor seeds are small in size and there is little clearance between shell and kernel, so if there are the number of castor seeds need to be shelled, a specialized castor seed shelling machine with low frequency will be helpful to achieve the good shelling performance.
Besides, based on your different scale business, optimum equipment can choose no matter you are in an oil crushing industry with castor been kernels or in the pharmaceutical industry made of castor bean shells or husks.

► The pressing process of castor oil

After shelling of the castor seeds, next come to the most crucial step of the whole process-pressing of castor oil. Castor beans can be extracted using traditional pre-press, solvent extraction. While in the castor oil pressing process, the performance of the oil press machine plays an important role and has a direct impact of the oil quality and yield.

Refining is an essential process for a complete castor oil pressing line because there are still some impurities such as phospholipids, FFA, pigment, odor, etc. Main steps of castor oil refining are crude castor oil degumming, neutralization, bleaching, deodorization and dewaxing(necessary for cold pressed castor oil).