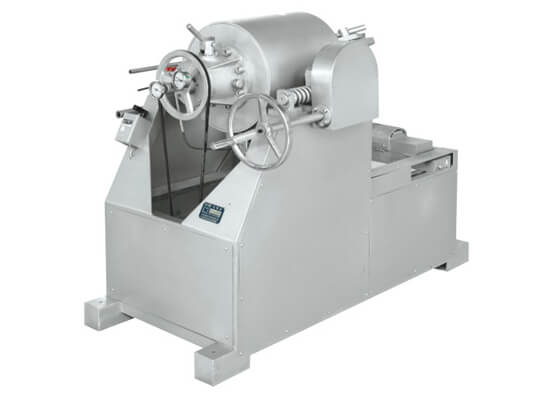 Airflow puffing machine can be used to expand wheat, rice, millet, corn, buckwheat, wheat and other cereals, perfectly retaining the original aroma and the nutrients in the puffed products.  The grain puffing machine adopts the advanced technology introduced from Japan and boosts the largest capacity in China. It is powered by liquefied gas or electricity. Featuring low energy consumption and high safety, the cereal popping machine has become one of the necessary equipment for puffed food products manufacturers. Compared with the traditional puffing machine, it is more hygienic and can produce more tasty food, thus more popular among consumers.

1. The large capacity of 60-90 kg/h.
2. High hygiene, free of lead in the puffing process.
3. The aroma and nutrients are perfectly retained in the puffed food products.
4. Low energy consumption and high safety factors.
5. Consistent working performance and product quality.
6. Simple construction and easy to operate.

1. If there is any air leakage of capping during normal production, or pre-tightening capping doesn’t work, replace the seal gasket with a new one.
2. If there is any abnormal phenomenon of pressure gauge and thermometer during normal production, stop the machine and check immediately. The machine can only be restarted after everything works well.
3. Pressure should never exceed 12kg during operation!
4. The machine should be grounded reliably so as to avoid current leakage.
5. If there is any gas leakage in the liquid gas pipeline, stop the machine to check immediately. Shut off the main valve of air supply after the work is done.